I'm in for the NAP West Edition! This edition was juried by Cassandra Coblentz of the Scottsdale Museum of Contemporary Art:

Cassandra Coblentz is Associate Curator for the Scottsdale Museum of Contemporary Art (SMoCA). A native of Los Angeles, Cassandra has spent her career all across the country, from L.A. to New York, and her years-long focus on museum education has largely informed her practice as a contemporary curator and how she approaches exhibition-making.


Read the full interview for her views on process, emerging work, and the importance of considering viewership when making curatorial decisions at the New American Paintings/Blog.

Exciting stuff... should be out in the fall. Now I must pick 6 images & get the 'ol paperwork together. 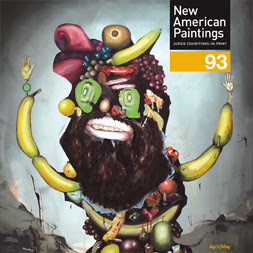 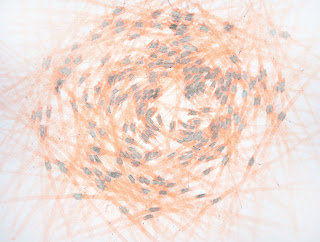 In an article titled "After the Drips" by Jerry Saltz in the April 4th issue of New York Magazine, Saltz says "A lot of the work in "Unpainted" is hard to take—even ugly. Some of it looks like junk. But much of it I love because it shows how fluid and uncanny beauty and form can be. Sit with the work here and you will find you are using you imagination more than  you eyes."

On a somewhat related note, I have recently been thinking about the kinship between painting & poetry.

I have never really been a fan of poetry but the more I look into it I think I've just been lazy about it.  My dear friend Colleen Sanders recently shared the article  "Laugh While You Can" by Kay Ryan with me that, though actually about poetry, is all about painting. I particularly love this passage:
Right now I am thinking of something unlikely that I saw a few days ago, the morning after my town had experienced a major winter flood. In the middle of a residential street, a cast iron manhole cover was dancing in its iron collar, driven up three or four inches by such an excess of underground water that it balanced above the street, tipping and bobbing like a flower, producing an occasional bell-like chime as it touched against the metal ring. This has much to say about poetry.
For I do not want to suggest in any way that this aquifer under poetry is something silly or undangerous; it is great and a causer of evry sort of damage. And I do not want to say either that he poem that prompts me to laughter is silly or light; no, it can be as heavy as a manhole cover, but it is forced up. You can see it would take an exquisite set of circumstances to ever get this right.

In terms of structure, layers, dangerous hilarity, undercurrents, and the role of the reader/viewer this article and how it can apply to painting make me giddy. The parallels of painting & poetry were originally introduced to me in college by professors Michael Byron & Julie Burleigh—but it's taken me this long to really delve into the idea.

And so, again on a somewhat related note, I leave you with one of my favorite poems of all time:
Poem, by Frank O'Hara
Lana Turner Has Collapsed!
I was trotting along and suddenly
it started raining and snowing
and you said it was hailing
but hailing hits you on the head
hard so it was really snowing and
raining and I was in such a hurry
to meet you but the traffic
was acting exactly like the sky
and sudenly I see a headline
LANA TURNER HAS COLLAPSED!
there is no snow in Hollywood
there is no rain in California
I have been to lots of parties
and acted perfectly disgraceful
but I never actually collapsed
oh Lana Turner we love you get up
Posted by KateVS at 6/02/2011 11:11:00 AM No comments:

KateVS
Painting is a proposition of visceral ideas. In painting, ideas take physical shape—sometimes proud, sometimes ridiculous, sometimes uncomfortable, most often un-heroic—not as vehicles for meaning but as personal, in-the-moment interactions. Ideas become experiences, not just messages. Painting is like a Zen Koan—a riddle for contemplation, not solving—that exists in material form. In this process we are simultaneously Master and Fool of our own experience—being everything but knowing nothing—and isn’t it fun? —KVS